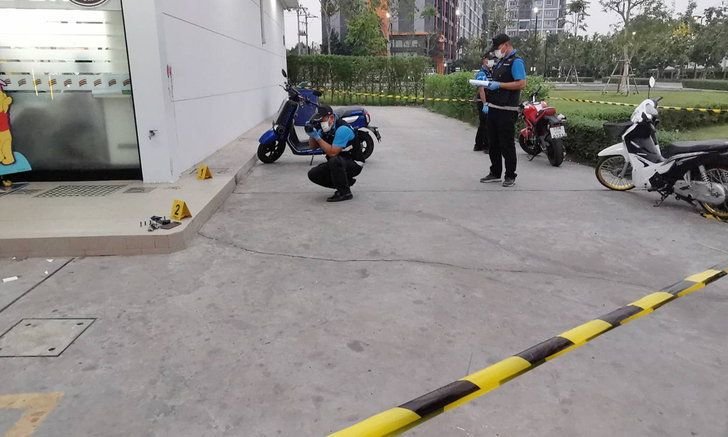 Sanook reported that a well known drug dealer in Buriram was shot dead after fleeing a police sting in the car park of a department store in Muang district.

Muang police had been conducting a sting when the suspect got wise and tried to fire on officers twice but his gun failed to fire.

He then ran off though the department store panicking shoppers.

Continuing he ran out the front of the store and holed up in a second hand goods yard opposite the store.

For twenty minutes police tried to persuade him to give himself up.

He then ran off again this time discharging two shots that missed police.

Officers fired back and hit him in the chest.

He was then on the ground next to a convenience store where several members of the public were hiding in fear of their lives.

Police cordoned off the area and waited amid fears that the suspect might shoot again.

Finally they decided to charge and found the suspect mortally wounded. He was given CPR but was dead on arrival at Buriram Hospital.

He was found in possession of a .357 revolver that still had four bullets in it. He had a phone and a quantity of Ya Ba.

Sanook reported that he was a well known and influential drug dealer in the area known by the nickname "Sant Nong Don".